Tom & Jean Jackson are based in Bathgate, Scotland 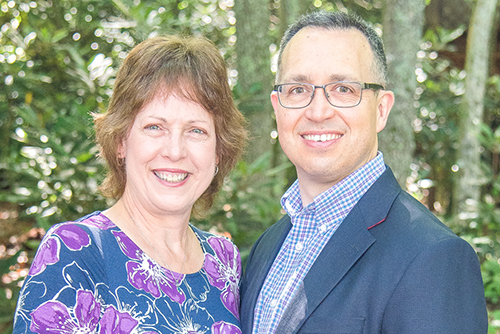 Tom is the lead pastor of Centrepoint Church and the founder of CECP.
After studying history at Carolina, Tom was trained and served as a campus minister at UNC-Chapel Hill where he met Jean. Growing up
reading about the need for the gospel in Eastern Europe through books like God's Smuggler,  Tom responded to God's missionary call in Europe through a short term missions trip in 1990. That trip sparked a church planting ministry in Ukraine and served as the catalyst for what has become CECP.  Tom planted and oversaw multiple churches in western Ukraine, most of which are still growing and thriving today.

While still in Ukraine, God began dealing with Tom about larger ministry of church planting in Europe.  Initial steps were establishing the Centre for European Church Planting, following by planting a congregation in Edinburgh (2005) and Bathgate (2009) Scotland.  Tom lives in Bathgate, Scotland with his wife, Jean, and six daughters, and is the lead pastor at Centrepoint Church.  Along with overseeing CECP, Tom also serves on the Regional Leadership for Every Nation Churches in Europe.